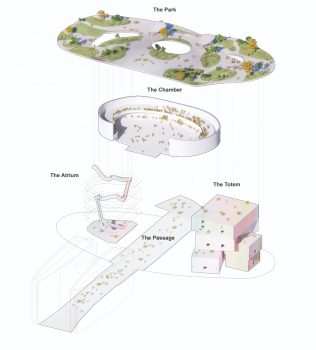 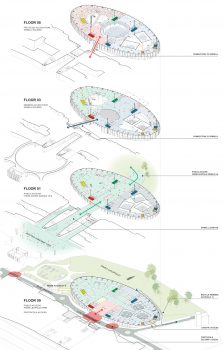 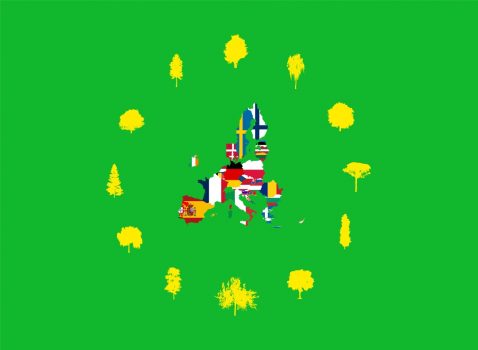 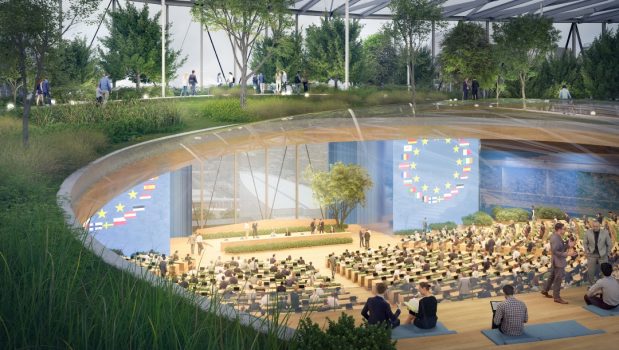 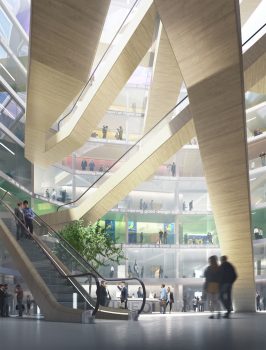 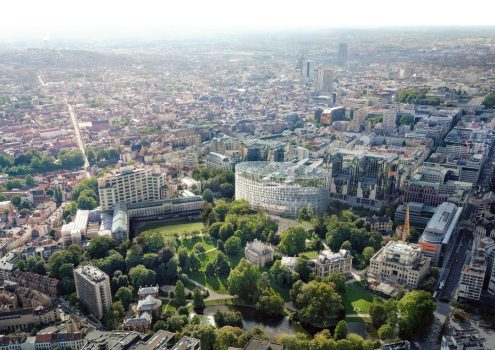 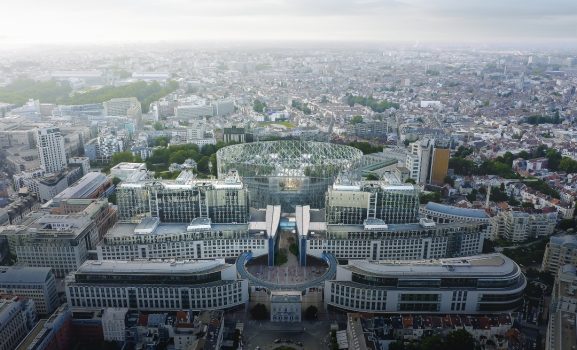 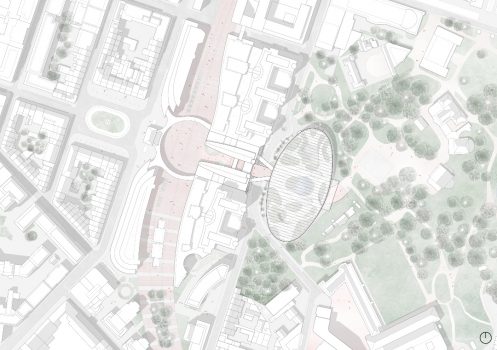 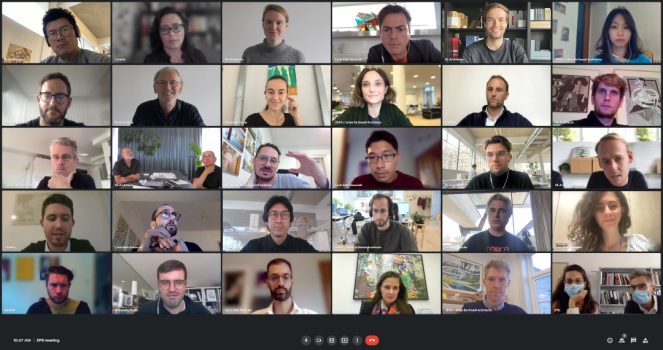 EUROPARC, a design collective made up of five architectural studios from five European countries, won the international competition to design the new European Parliament building. The collective’s winning proposal focuses on the renewal of the Paul-Henri SPAAK Building in Brussels, in accordance with a circular approach to minimize waste. In addition, it honors European democracy, most notably through the collective’s international makeup, and the many public areas accessible to all people.

EUROPARC is composed of architectural studios JDSA / Julien De Smedt Architects (DK/BE), Coldefy (FR), CRA-Carlo Ratti Associati (IT), NL Architects (NL) and Ensamble Studio (SP), with the support of engineering companies from UTIL (BE) and Ramboll (DK). Together, these teams account for over 30 different nationalities in their ranks. Its formation emphasizes a new approach to architecture, one that prioritizes collaboration and orchestrates the know-how of different disciplines, instead of relying on individualism and singular decision-making, a common practice in the past century.

The team engaged in a creative process which embodies the democratic ideal of the European Union. All the members, drawing inspiration from their respective cultural backgrounds and distinct specialties, worked together to put forward a collective design solution for the European Parliament building. The design seeks to address urgent challenges faced by Europe and the world at large, including climate change, social inequalities and the blurring of physical and digital domains – the latter is also reflected in the collective’s mode of collaboration, where a remote and flexible approach was adopted since the first COVID-19 outbreak.

The European Parliament announced the international competition to renew the SPAAK Building in May 2020, with the objectives to set a positive example of sustainable and regenerative building, and to engage in dialogue with citizens and the city. EUROPARC’s proposal stood out from the 15 submitted designs, and was officially named the winner of the first prize in July 2022. The jury commended the project for both its functional and symbolic qualities, calling it “… a genuine re-use proposal that offers an enhanced interface with the public and a new architectural expression to the building with useful sustainability features.”

The current SPAAK building has numerous shortcomings. However demolishing it and replacing it with a new ‘palace’ might be the wrong approach. In the building sector, over 50% of the carbon footprint generated happens in constructing the raw structure of a building. If fully dismantled, all that expense is lost and needs to be spent again in a new construction. Here, the strategy should be to rigorously re-use most of the SPAAK structure, its carbon expense. Furthermore, the design strategy offers to significantly improve the Parliament’s working conditions and catalyze the potential for communication and exchange with European citizens while keeping as much of the existing structure as possible.

Connection to the City

On an urban scale, the design by EUROPARC aims to strengthen the linkage between the building and the city. By opening up the block, it enhances the continuity of pedestrian flows in the area and creates a stronger connection between Place du Luxembourg and Parc Léopold. The public realm is expanded both inside and outside the architecture, creating a more welcoming experience for the citizens and visitors of Brussels. The building should not be impenetrable, but should be a place of openness. Therefore, a public passage could be created through the Parliament. In a natural and intuitive way the passage will provide a grand entrance to visitors of the Parliament and establish an actual node in the pedestrian network of Brussels.

Additionally a magnificent found quality can be activated by excavating the Spinelli building in front, on the axis from Gare d’Europe. By removing the wall-like condition in this central part of the building a truly inviting gesture comes into being: instead of obstructing the Spaak, the Spinelli now becomes an open-air entrance to the Parliament, quite literally welcoming the public with open arms.

The new assembly chamber of the European Parliament, called the Hemicycle, will be repositioned on the upper levels of the renewed building to meet the spatial requirements for a modernized chamber. It will be equipped with digital amenities that help spread the discourse of democracy beyond physical confines. The room is extensively integrated with the Parliament’s digital platform to enhance transparency and encourage external participation. Another primary feature is the large windows which establish a visual dialogue between the Parliament, the rooftop garden, as well as the city and European citizens at large. One of these large windows can also become a screen to transmit information in real time during assemblies.

Located on the highest floor, the Green Agora is the culmination of the public visitors’ journey in the building. The botanical garden draws inspiration from the “agora” in Ancient Greece – it literally means “gathering place” and facilitated the circulation of ideas among people at the time. Not only visually connected to the Hemicycle through the latter’s open ceiling, the Green Agora will also serve as the beacon of European democracy, where citizens and the Members of the European Parliament meet and exchange thoughts. In addition, the spirit of pan-European synergy is reinforced in natural terms, as the park brings together vegetation indigenous to all the member states to form a multifaceted European ecosystem.

All in all, the new SPAAK building by EUROPARC – with the permeable ground floor, the Hemicycle, the Green Agora and beyond – creates a civic ecosystem that places people at the center of the spatial experience and brings them closer to the democratic processes of Europe. It is a unique piece of infrastructure that gives the Members of the European Parliament the space to carry out their parliamentary missions and citizens access to a site of significant political and social value to enrich their everyday life.

The procedure was held in two steps, initially as an open pre-qualification procedure for the selection of competitors among candidates and followed by a restricted single stage anonymous design competition conducted according to the UNESCO Standard Regulations for International Competitions in Architecture and Town Planning and the UIA (International Union of Architects) best practice recommendations.

The competition is endorsed by the Union Internationale des Architectes (UIA).
www.uia-architectes.org