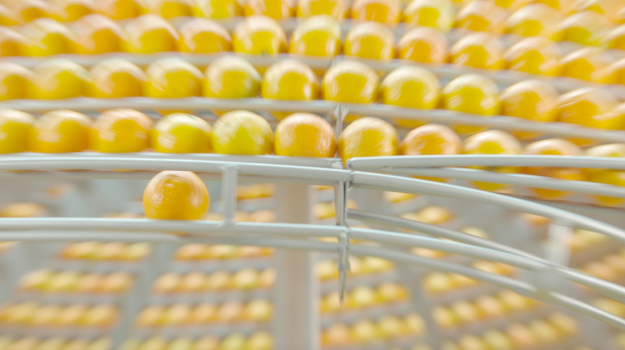 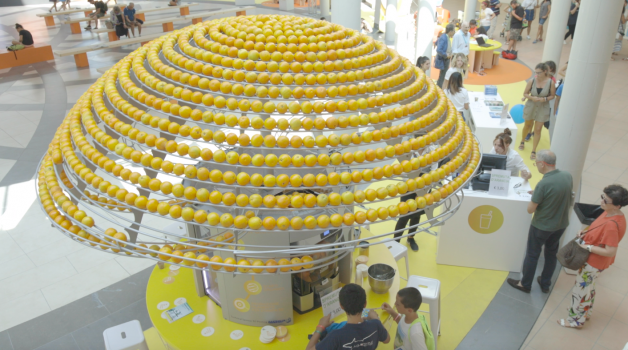 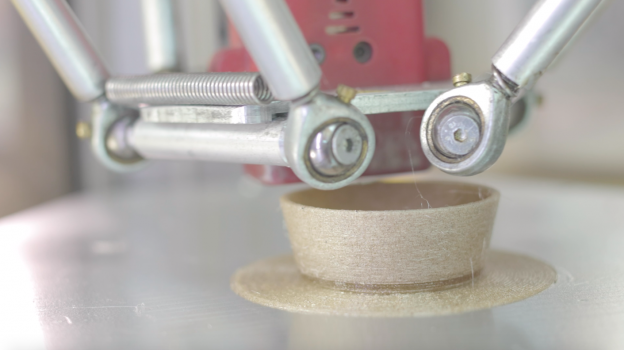 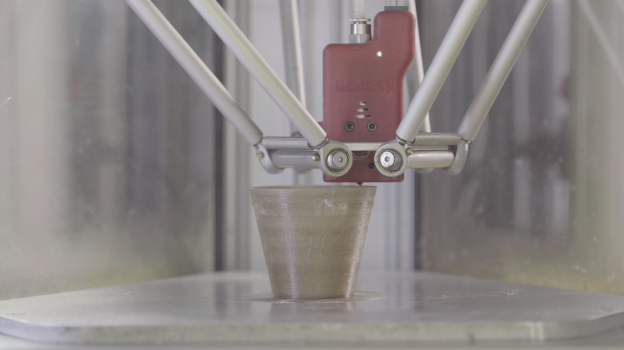 The “Feel the Peel” prototype is a 3,10-meter high orange squeezer machine, topped by a dome filled with 1,500 oranges. When a person orders a juice, oranges slide down into the squeezer, while its peels are accumulated above, then transformed into bioplastic through a process of drying and milling. Once heated and melted, the polymer becomes a filament, used by a 3D printer incorporated into the machine.

“The principle of circularity can be an inspiration for tomorrow’s everyday life objects”, says Carlo Ratti, founding partner at CRA and director of the Senseable City Lab at the Massachusetts Institute of Technology: “Working with Eni, we played around a machine that helps us to understand how oranges can be used well beyond their juice. In the next iterations of these projects, we might add new functions, such as printing fabric for clothing”.

After having premiered at Rimini’s 40th Meeting for friendship among peoples, the Circular Juice Bar will be installed also at the Singularity University Summit in Milan on October 8 and 9 in Milan, and at Ecomondo Rimini in November, the leading event in Europe for the new models of the circular economy.
CREDITS Feel the Peel A project by CRA-Carlo Ratti Associati for Eni CRA Team: Saverio Panata, Alessandro Tassinari, Oliver Kazimir, Luca Bussolino CRA Graphic team: Pasquale Milieri, Gary di Silvio, Gianluca Zimbardi Technical Sponsor: 3D Printing WASP Video by: ActingOut
Let’s stay in touch! Subscribe to our newsletter to get monthly updates from CRA
We use cookies on our website to give you the most relevant experience by remembering your preferences and repeat visits. By clicking “Accept”, you consent to the use of ALL the cookies.
Cookie settingsACCEPT
Manage consent