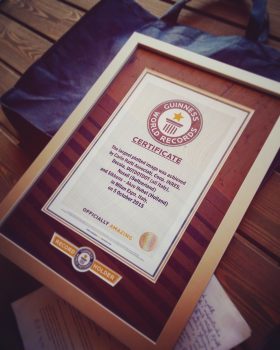 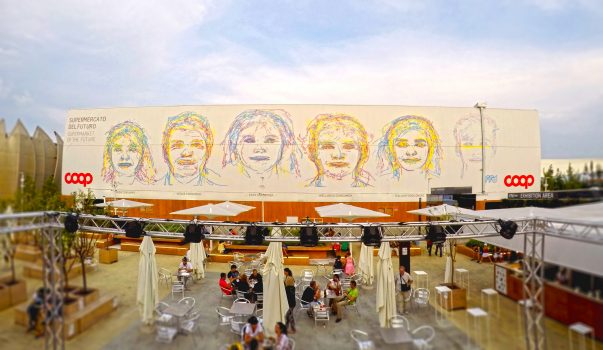 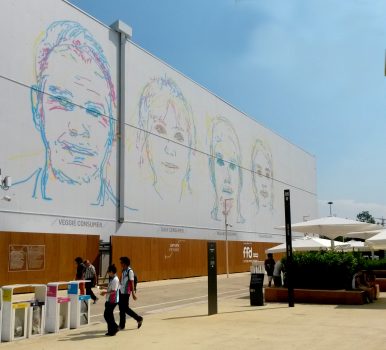 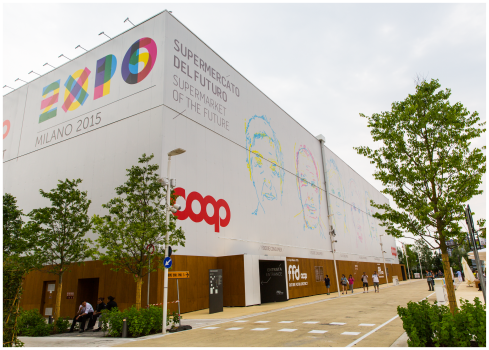 From Petroglyphs to Graffiti, humans have always had an instinctive need to leave a sign of their passage. Be it with stone engravings, cave paintings, drawings, etchings or carvings representing animals and people, they transformed natural grottoes into living places, telling us something about the way people experienced space and social life.

Convinced that this is not just art for art’s sake, we tried to transport this process into the modern age, and possibly also launch it into the future. The Future Food District, one of EXPO’s 2015 thematic areas, features the world’s largest vertical plotter which transforms the pavilion facade into a huge open source canvas.

The Vertical Plotter is a device travelling on a vertical wall. Its interactive software allows the real-time reproduction of any kind of data and feeds: notes, messages, pictures, graphics. Once the machine has received the digital information, the plotter immediately turns it into reality.

The overall system moves on a two-axes plane, where the plotter moves freely along the horizontal axis while the print head slides on the vertical guide. This ability to place itself on any point of the plane allows the reproduction of contents of different shapes and sizes on an area of approximately 900 square meters (the equivalent of 900 A0 sheets!).

At Expo, the FFD Vertical Plotter draws visitor’s portraits on the pavilion facade using spray paint in five different colors. Firstly, photographs of the visitors’ faces are digitally converted into a stylized sketch. Then, as modern pictographs, the pictures are painted on the pavilion facades. The portraits are continuously changing thanks to the overlapping of the visitor’s contour lines.

Information flow helps reconfigure space with an open source approach to architecture. Just like in the Stone Age, when people intervened directly on their built environment, transforming its walls to tell their stories.