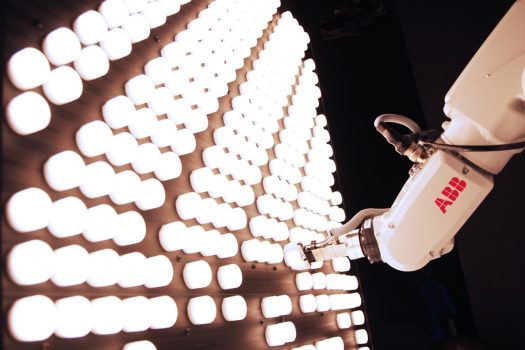 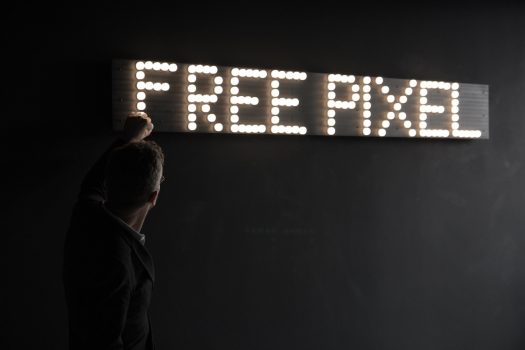 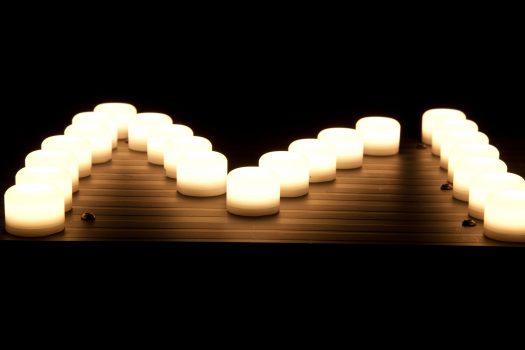 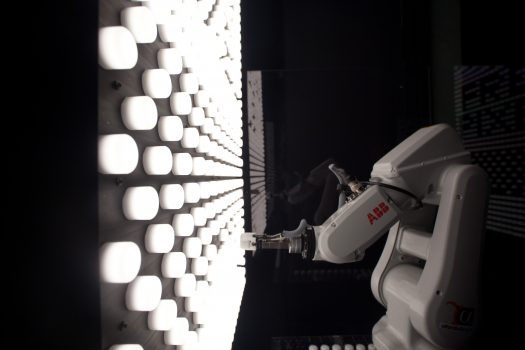 Designers and engineers from Carlo Ratti Associati, working together with international Italian lighting company Artemide, have developed FREE PIXEL – a new system to control light, dot by dot. The project explores a future where LED emitters can work as single, liberated units. Fueled by a unique power-supplying magnetic support, they can be moved by humans or by a robotic arm – developed by ABB – to create infinite patterns with light.

“In darker times, we lived by the sun. Life followed the daily rhythms of day and night, only rarely punctuated by the glow of a tenuous candle flame,” says Carlo Ratti. “Today, LEDs are liberating light. Emitters are tiny, low consumption and digitally controlled – most importantly, they are unmoored. Rather than nodes clinging to a rigid infrastructure, LEDs can act as their own dynamic and living ecosystem, independent and mobile.”

Beyond the familiar on/off of incandescent lights, the Free Pixel can be delicately controlled by digital systems, modulating intensity, position and color. Old discontinuities are replaced by infinite gradients in space and time, a dynamic cloud of light. In the future, we can dream of three-dimensional displays, atomized and diffused into the air. “We are going from illumination to information,” adds Damiano Gui, interaction designer at CRA.