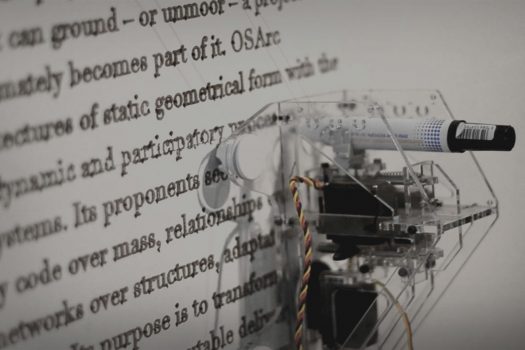 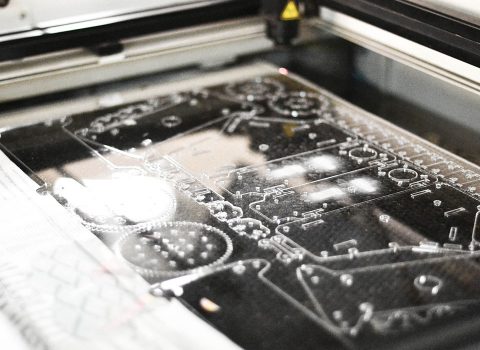 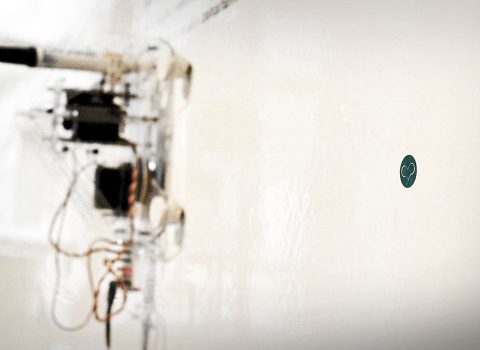 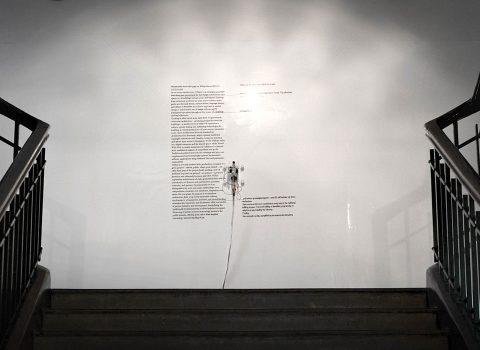 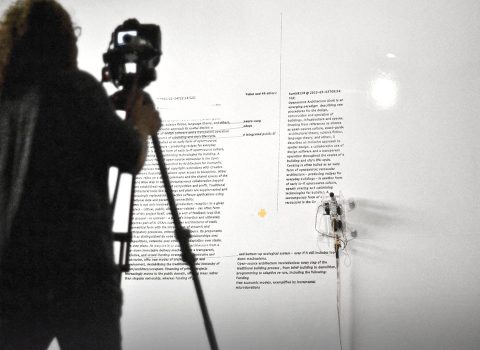 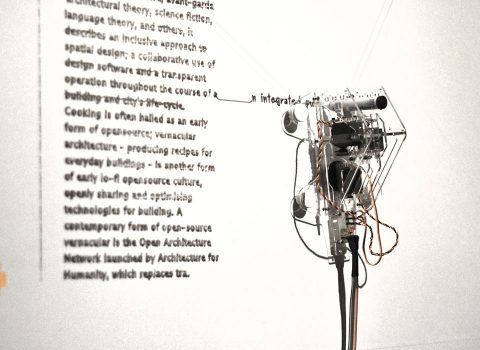 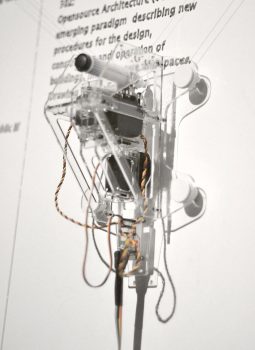 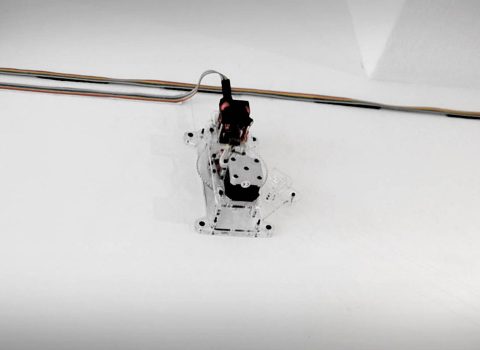 When Domus approached Carlo Ratti to write an op-ed on the theme of opensource architecture he responded with an unusual suggestion: why not write it collaboratively, as an open-source document? Within a few hours a page was started on Wikipedia, and an invitation sent to an initial network of contributors…

The outcome of this collaborative effort is presented in an article published in Domus in June 2011. The article is a snapshot of the text as of 11 May 2011, but the Wikipedia page remains online as an open canvas — a 21st century “manifesto” of sorts,  by definition in permanent evolution.

A year after the article’s publication, in the summer of 2012, the idea of recapturing the text in its current state of mutation emerged. However, it was not envisaged as a new publication, but rather as a piece of an exhibition, Adhocracy, curated by Joseph Grima for the first Istanbul Design Biennal. The studio carlorattiassociati envisioned a canvas on which a free flowing pen writes, erases and constantly rewrites the different versions of the Wikipedia page, indicating corrections, deletions and developments of the manifesto in its continuous state of change.

A vertical plotter on a large whiteboard welcomes visitors to the exhibition; its contents are generated in real time from a script that constantly compares the various versions of the Wikipedia page. Starting each time from one of the numerous updates written online, the pen retraces its steps to incorporate all the users’ contributions. Once it reaches the end, it begins once again, relentlessly in pursuit of the latest version of our open source manifesto, OsArc.

CREDITS carlorattiassociati | walter nicolino & carlo rattiTeam: Carlo Ratti, Pietro Leoni, Antonio Atripaldi, Giovanni de Niederhausern, Enrico Gueli, Franco Magni, Walter Nicolino. Special thanks to Officine Arduino / FabLab Torino
Let’s stay in touch! Subscribe to our newsletter to get monthly updates from CRA
We use cookies on our website to give you the most relevant experience by remembering your preferences and repeat visits. By clicking “Accept”, you consent to the use of ALL the cookies.
Cookie settingsACCEPT
Manage consent