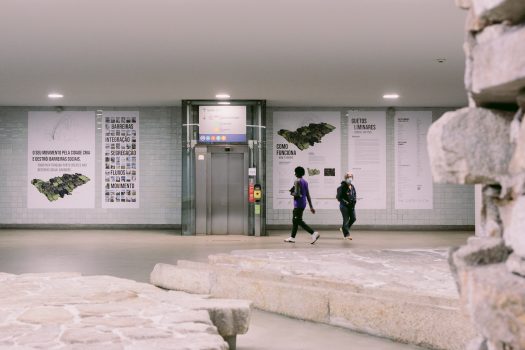 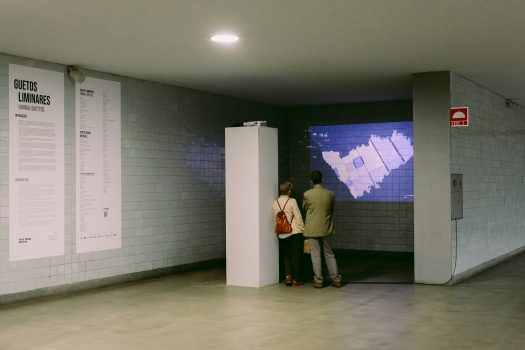 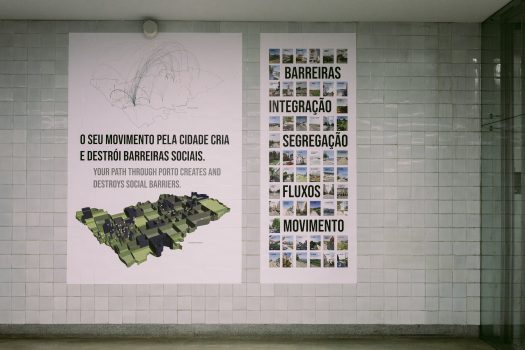 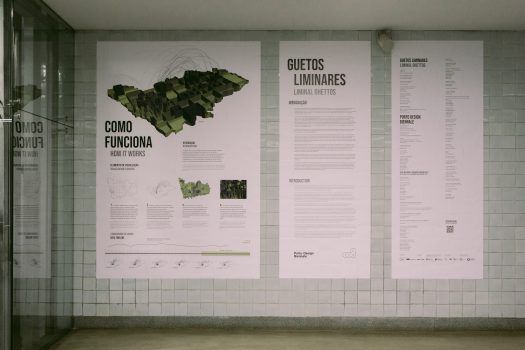 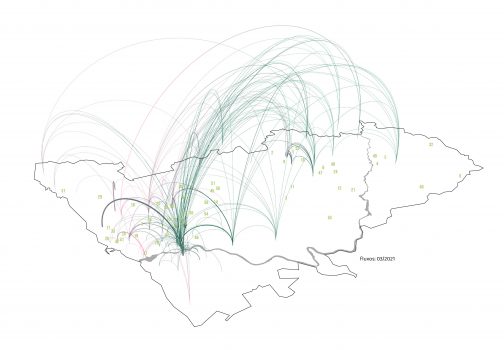 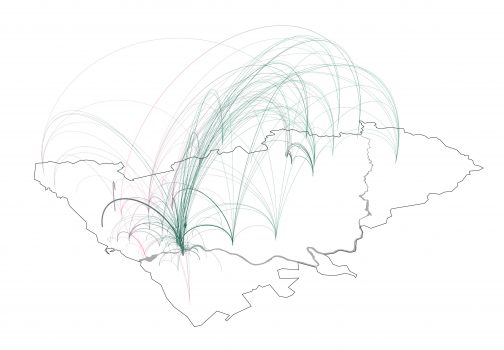 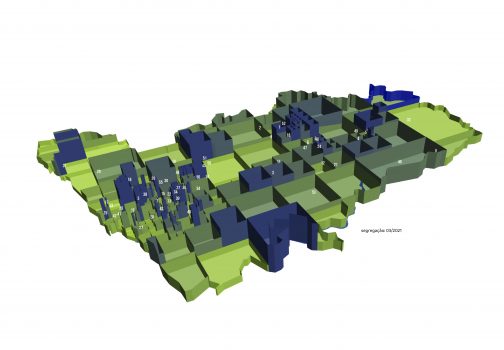 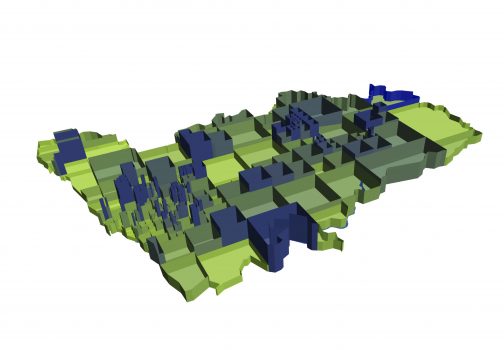 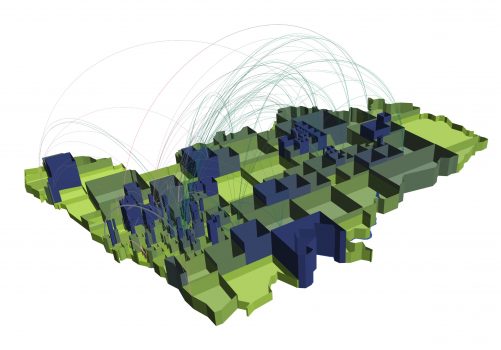 Through the exhibition at the Porto Design Biennale, CRA-Carlo Ratti Associati and MIT Senseable City Lab strive to cast a new light on the issue of social segregation, in Porto and other cities around the world. Analyzing big data that shows people’s movements within urban boundaries, it proposes an alternative interpretation to the century-old idea of ghetto. It aims to illuminate the subtle and insidious ways in which segregation works today.

The term “ghetto” was coined after the 16th century Jewish quarter in Venice – an area designated for Jewish residents that was blocked from outside contact at night with gates. In their original connotation, ghettos’ distinguishing feature was physical separation. They acted as “urban condoms,” protecting citizens from the supposed dangers of encountering other social, religious or ethnic groups on the streets of the city. After World War II, when “ghettos” were infamously reintroduced by the Nazis, the term came to denote disadvantaged neighborhoods across the world. This new kind of ghetto was not marked by explicit mobility restrictions – people come and go from Black ghettos to gay ghettos freely – but obvious differences in demography and social life made them clearly visible to the naked eye.

Today, after successive waves of gentrification and inner-city migration, ghettos are becoming increasingly invisible, as segregation persists through new dynamics. Can a technologically-augmented eye help us understand them?

Big Data revolutionizes the way that we see our cities, tracing our physical and non-physical interactions. In recent years, researchers at the Massachusetts Institute of Technology’s Senseable City Lab have started a series of investigations to understand how segregation works in different places around the world. The Singapore Calling (2019) project considers calling data in relation to real estate prices in the Southeast Asian city-state. Another project, Stockholm Flows (2021) uses geolocated tweets and socioeconomic factors to characterize flows of people between different neighborhoods of the Swedish capital.

These early findings revealed a new form of ghetto, which we can call a “liminal ghetto.” The word liminal denotes boundaries and transitional spaces, and it captures how segregation manifests itself in increasingly subtle ways. Instead of being split by bright, obvious dividing lines, we divide ourselves according to where we talk, when we go, and whom we talk to in the course of a day. Life is ghettoized when human experiences, which we can begin to quantify with physical and social segregation indices, fall beneath a certain threshold. What broader phenomena cause this disturbing trend?

Questions like this prompt us to continue our global-scale endeavor by way of the Porto Design Biennale 2021. Parts of the city’s urban geography, including its Ilhas, demonstrate the Portuenses’ creativity in addressing the spatial limitations; but on the other hand, they also expose deep social fissures along class lines, as the communities in question are physically proximate yet segregated in daily life.

To better understand its contemporary conditions, we explore patterns of social segregation of the District of Porto before and during the COVID-19 pandemic. Geolocated tweets and anonymous mobile data – with the support of Vodafone Portugal – were used to map out the social activities and socioeconomic landscape. Liminal Ghettos portrays segregation as a form of social geography that changes over time. The visualizations are showcased through a physical installation at the Campo de 24 Agosto metro station in Porto, and a virtual exhibition accessible from across the world.

By identifying the invisible fault lines that traverse the urban fabric of Porto, Liminal Ghettos aims at promoting a discussion on how to achieve better social cohesion in our cities.

Porto Design Biennale is promoted by the Porto and Matosinhos municipalities and organized by esad—idea.