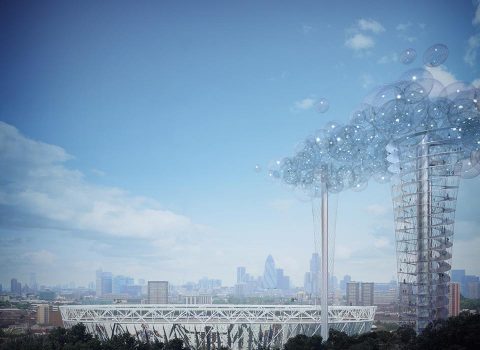 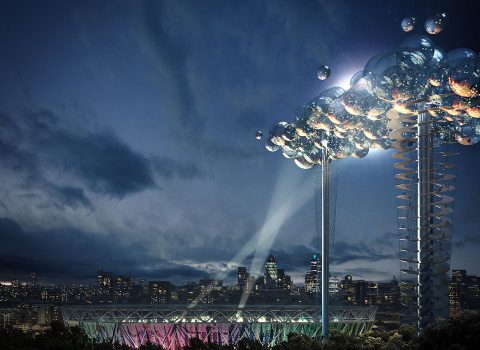 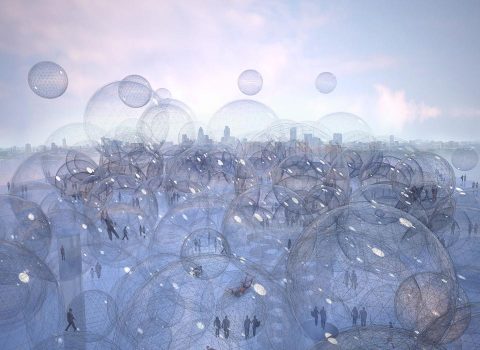 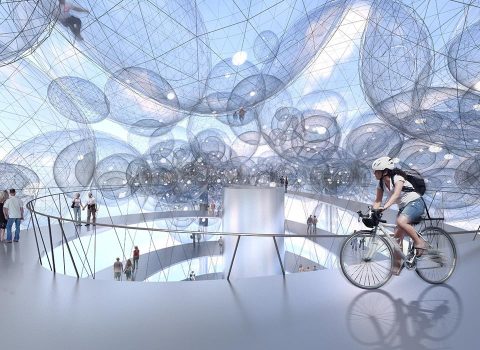 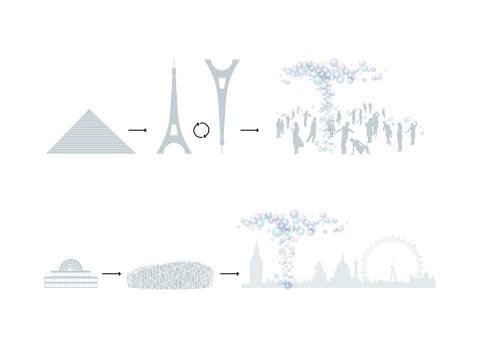 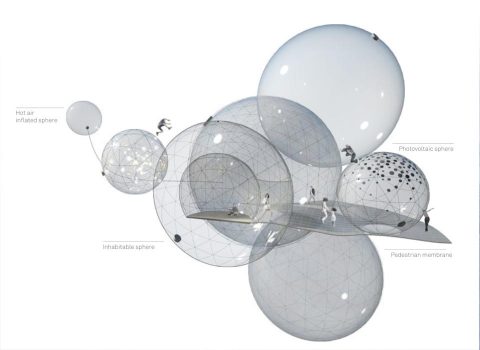 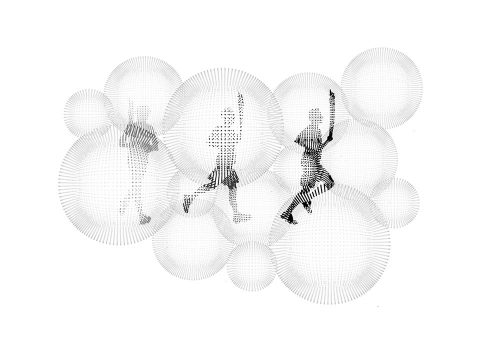 The Cloud project is based on a new form of observation deck, connecting visitors to both the whole of London and the whole of the world, immersing them in euphoric gusts of weather and digital data. Each individual footstep on the ascent to the Cloud participates in a vast collective energy-harvesting effort. Everyone around the world can contribute to the Cloud – whether by visiting or by sponsoring a Led helping to keep the London lamp aflame.

Olympic & Expo structures – with their mute mass, their ponderous monumentality, and their conspicuous expenditure on immovable objects – are outmoded. Our proposal is as light as air itself – a tribute to a digital age of bits and atoms beyond the antiquity of steel and glass – a structure which reveals the connected networks of a common humanity fueling the Olympics, their 2012 host city, and the world itself.

The Cloud proposes a new form of monument – a new form of collective expression and experience, an updated symbol of our dawning age and a new form of observation deck, high above the Olympics – one from which one can not only see the whole of London, but the whole of the world, immersed in the euphoric gusts of weather and world data.

It offers London’s highest park and an immersion within both our great clouded skies and the cosmos of our dataworlds – as well as a live information system transmitting data and imagery from around the city and the world. It presents the perfect Olympic symbol – a million unbounded particles contributing briefly towards a vast, beautiful, constantly-fluctuating whole, London, with its diversity, internationalism and tolerance, unites countries; the Cloud unites all people.

CREDITS carlorattiassociati | walter nicolino & carlo ratti with Alex Haw and Atmos Team: Carlo Ratti, Giovanni de Niederhausern. Consultants: Agence Ter, ARUP, GMJ, Schlaich Bergermann und Partner, Studio FM Milano, Thomas Saraceno
Let’s stay in touch! Subscribe to our newsletter to get monthly updates from CRA
We use cookies on our website to give you the most relevant experience by remembering your preferences and repeat visits. By clicking “Accept”, you consent to the use of ALL the cookies.
Cookie settingsACCEPT
Manage consent