The Green & The Gray 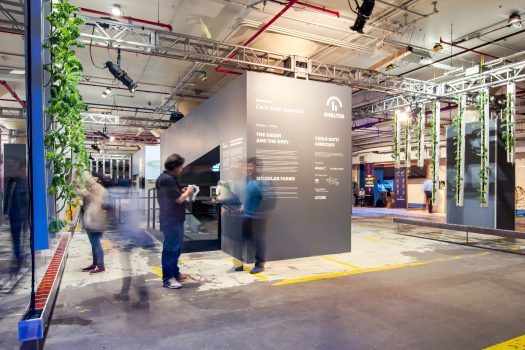 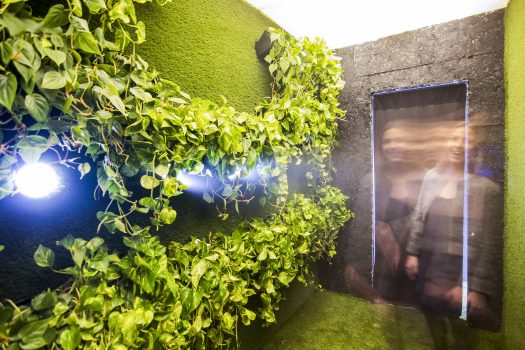 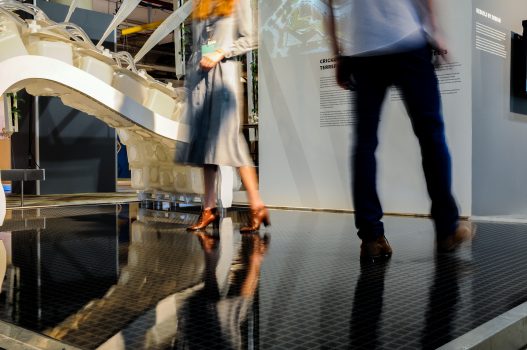 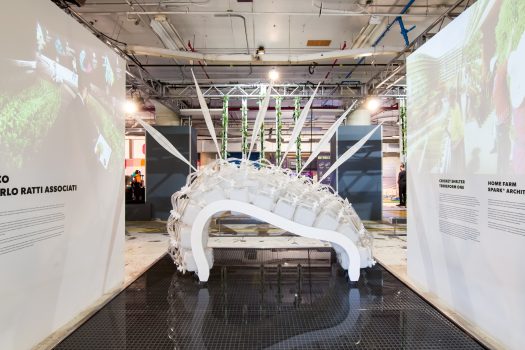 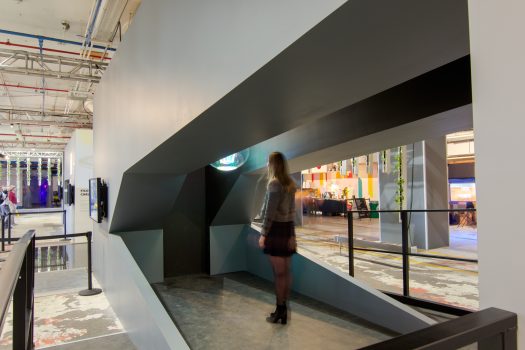 International design and innovation office Carlo Ratti Associati curated “The Green & The Gray,” an interactive exhibition exploring the evolving relationship between nature and cities. The exhibition took place in Toronto, between September and October 2017. The show was part of EDIT, the ten-day Expo for Design, Innovation & Technology produced by Design Exchange (DX), whose overarching theme and main exhibition was “Prosperity for All.” The event was part of the celebrations of Canada’s 150th anniversary, while simultaneously marking the 50th anniversary of Montreal’s Expo 67 World’s Fair.

Today, new technologies allow us to bridge the eternal rift between city and nature – or urban and rural – in unprecedented ways. “The Green & The Gray” showcased progressive projects in fields such as urban development, housing and product design, from hydroponics to sensors for climate engineering, to vertical gardens and sensitive lighting systems. The exhibition featured artifacts and initiatives that stand out for their ability to reconcile these two fundamental dimensions of the human condition, envisioning a thriving future for local communities worldwide. Featured projects included Grant Associates’ Supertree Grove, Terreform ONE’s Cricket Shelter and Transsolar’s Reversío.

“I have always been fascinated by the words of French anarchist geographer Elysée Reclus,” says Carlo Ratti, director of the Senseable City Lab at the Massachusetts Institute of Technology (MIT) and a founding partner of Carlo Ratti Associati: “At the end of the 19th century, Reclus wrote: ‘Man should have the doubled advantage of access to the pleasures of the city […], the opportunities offered for the study and practice of art, and at the same time should be able to enjoy the freedom that lies in nature, and which is explained in the field of its vast horizon.’ The Green & The Gray, with its Stendhalian title, aims to explore how, thanks to new technologies, we can finally contribute to Reclus’ vision of marrying city and nature.”

“The Green & The Gray” was housed within East Harbour – a five-floor former Unilever Soap factory in Toronto’s Port Lands that hosted all of EDIT’s events. Carlo Ratti Associati designed a 2000 square-foot immersive environment, in which living elements were seamlessly juxtaposed with built ones. Visitors could explore “The Green & The Gray” while moving over a water floor – a special surface in which a thin transparent layer gives the impression of walking over water.

Out of 100 international projects selected for inclusion in the exhibition catalogue, “The Green & The Gray” featured 19 projects, including on-site installations and videos, developed by companies and institutions such as Modular Farm, Philippe Rahm for Artemide, SCAPE Landscape Architecture and Rebuild by Design. The exhibits put forward ideas such as resilient infrastructure for post-disaster recovery, plant-driven air purifiers and underground parks, and aimed at either revealing the existing presence of nature in the city, improving our relationship with nature, or augmenting nature through technology. Designs covered different scales, from small domestic objects to more expansive urban plans.