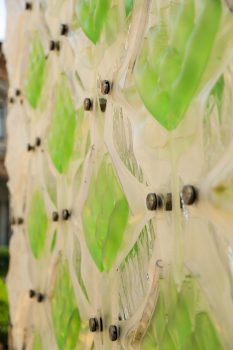 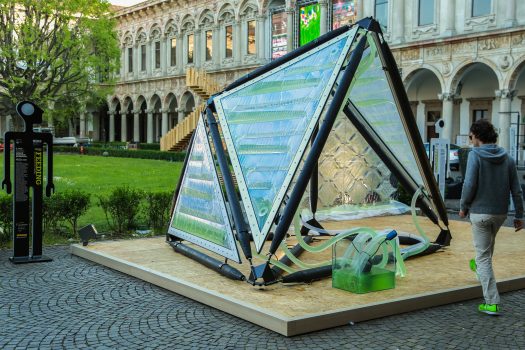 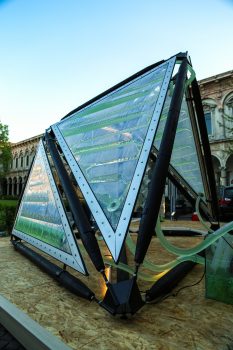 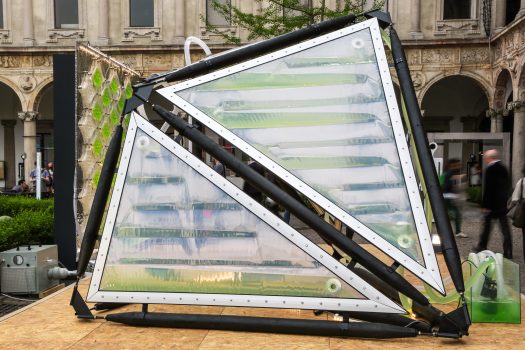 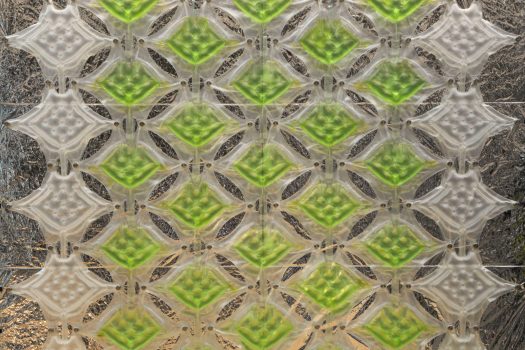 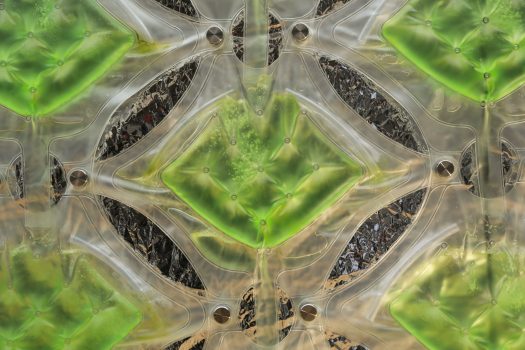 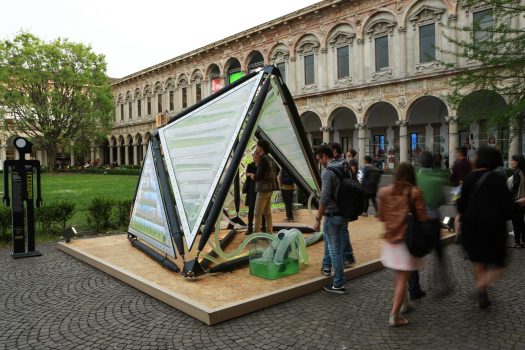 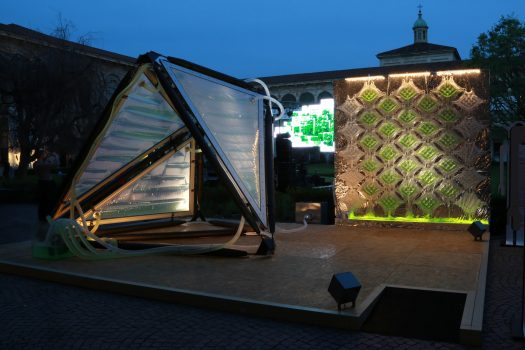 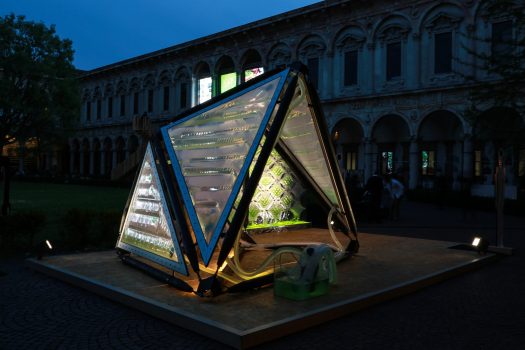 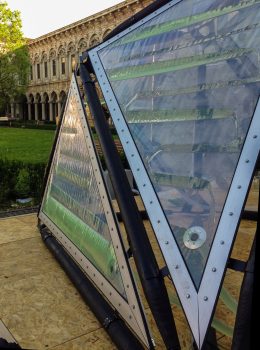 During the Milan Design Week 2014 (7th-18th April) two prototypes, Urban Algae Canopy and Urban Algae Facade, featured Algaetecture: a project in which micro-algae photosynthesis is used to produce the same amount of oxygen as four hectares of woodland.

“The functioning principle of the prototypes is based on the exceptional properties of micro-algae organisms, which are ten times more efficient photosynthetic machines compared to large trees and grasses,” explains Carlo Ratti, Director of the MIT Senseable City Lab. “The Algaetecture project aims to develop a natural man-made ecology and explore the use of algae as an integrated architectural cladding and urban agriculture system.” Algae can represent an important part of creating a healthy and livable planet. Giving life to mysterious urban gardens, algae can be used as an innovative energy and food production system within our cities.

Micro-algae perform an important photosynthetic activity, absorbing considerable amounts of carbon dioxide, producing oxygen and growing into a biomass, which can be processed for energy, cosmetic, pharmaceutical and nutraceutical markets. “Micro-algae open up an incredible potential for new renewable energy resources, and hope for a greener future,” explains Cesare Griffa. “Buildings and architectural surfaces are an incredible resource of space. Urban facades and roofs represent billions of square meters that instead of being made of an inanimate material such as concrete, could become clever photosynthetic surfaces that respond to the current state of climate warming. Micro-algae could add to the green urban system that exists already, intensifying carbon dioxide fixation activity and acting as cladding for buildings, increasing their passive performance.”

The Urban Algae Canopy, based on ecoLogicStudio’s “HORTUS” system, was presented at Milan Design Week 2014 with a 1:1 scale prototype of the world’s first bio-digital canopy integrating micro-algal cultures and real-time digital cultivation protocols on a unique architectural system. The potential of micro-algae has been integrated within a custom designed four-layered ETFE cladding system, whilst the flows of energy, water and CO2 are controlled and regulated in real time and made to respond and adjust to weather patterns and visitors’ movements. Once completed, the Urban Algae Canopy will produce the same amount of oxygen as four hectares of woodland, and up to 150kg of biomass per day – 60% of which is natural vegetal proteins.

The Urban Algae Facade is based on Cesare Griffa’s “WaterLilly 2.0” system, a project for a micro-algae vertical farm to be implemented as an architectural skin. The intention here is that, integrated into the green system of the cities, micro-algae can help in absorbing carbon dioxide and producing oxygen, while acting as a second skin of buildings, boosting passive cooling and increasing shading of the facade.