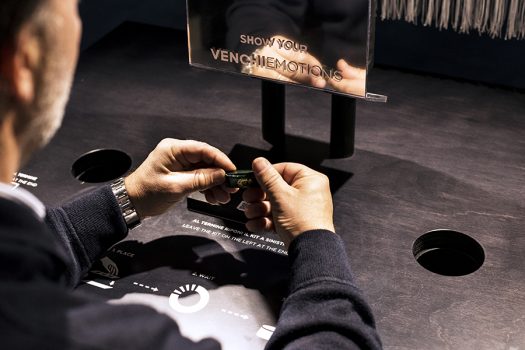 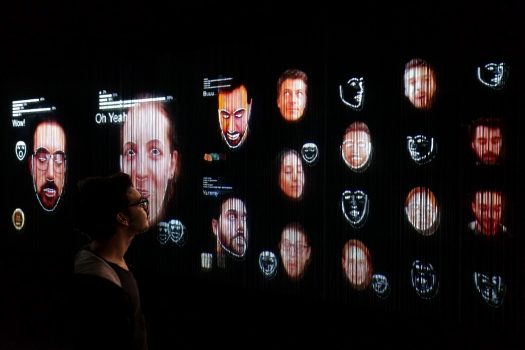 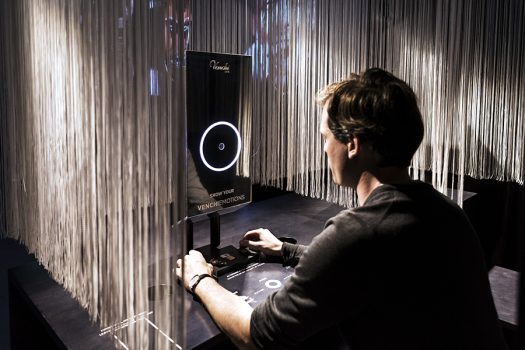 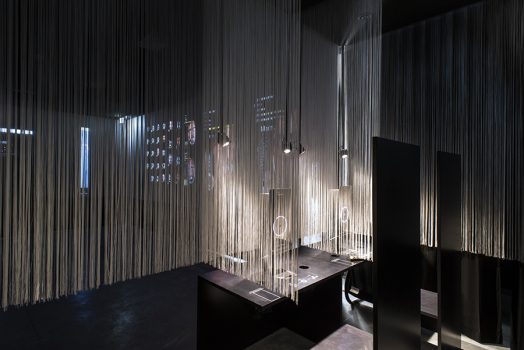 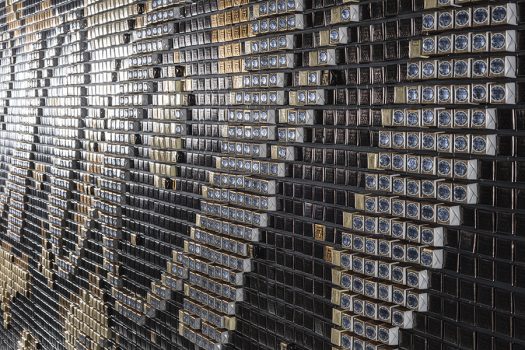 International design and innovation office Carlo Ratti Associati (CRA) has designed an edible pavilion made of pralines for chocolate producer Venchi. The project will be part of the new Venchi area within FICO Eataly World, the theme park dedicated to Italian food culture opening next month in the city of Bologna, in northern Italy. Inside the pavilion, CRA has also developed a number of chocolate-related “experiences,” including the use of artificial intelligence to measure one’s reactions and feelings when eating sweets.

THE EDIBLE WALL
The external walls of the pavilion are made up of more than 30 thousand pralines of different varieties, spread over a 8-meter-long (26-foot), 3.5-meter-high (11.5-foot) surface. Each chocolate candy can be picked by visitors, making the vertical element of the pavilion entirely edible. From afar, the pralines are arranged in a mosaic that makes them look like a giant chocolate tablet, which has been dubbed the largest chocolate arrangement in the world.

“I never liked the fact that exhibitions require the use of large amounts of construction materials that then end up in landfills after just a few months,” comments Carlo Ratti, founding partner of CRA and director of the Senseable City Lab at the Massachusetts Institute of Technology: “In this project we thought: what if the pavilion could be dismantled by simply eating it? We also liked the reference to the timeless fairytale of Hansel and Gretel. The construction process, however, proved to be more challenging than we initially thought – as some building parts were eaten up on site during the installation…”

WHAT HAPPENS INSIDE THE PAVILION
The inside of the pavilion is also focused on chocolate, and it explores the effects of chocolate on humans. After entering through the chocolate wall, visitors can engage in a digitally-augmented tasting experience. Each of them is invited to sit inside a booth and try different Venchi pralines. Using Artificial Intelligence and facial recognition technologies developed in collaboration with Milan-based interaction design studio Dotdotdot, each person’s reactions to different types of chocolate are inferred from the micro-movements of lips, eyebrows, pupils, nostrils and forehead.

After the individual tasting experience, visitors walk into the “Chocolate Portraits” room. There, recordings of prior visitors’ emotions when eating chocolate are projected. Individual reactions are analyzed and shown in bright colors, almost like a scientific dissection of the archetypical human reaction to food. In this ethereal and exhilarating space, dozens of faces seem to float in the air. It is like a portrait gallery, showcasing images of men, women and children of all ages responding to the pleasures of chocolate.

After exiting the Chocolate Portraits room, visitors enter a laboratory where they can observe and partake in the making of Venchi’s products. There, they can get a hands-on demo of the manufacturing process, but also create a fully customized chocolate tablet, tailored to their personal taste based on the data about individual preferences gathered in the previous area.

The new Venchi store will be unveiled on 15 November 2017, during the opening of FICO Eataly World. In addition to the project for Venchi, CRA will also unveil another project at the Bolognese theme park, called “Hortus”: a pavilion that leverages new farming technologies to turn supermarket visitors into potential farmers, allowing them to engage with hydroponic cultivation and grow their own vegetables on site.