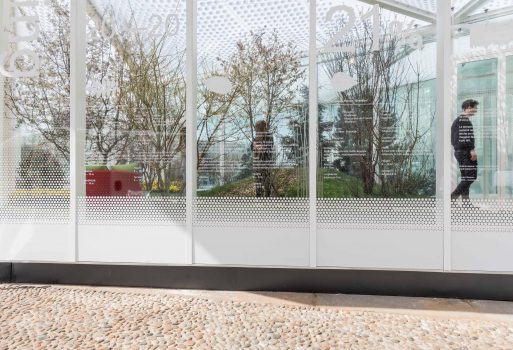 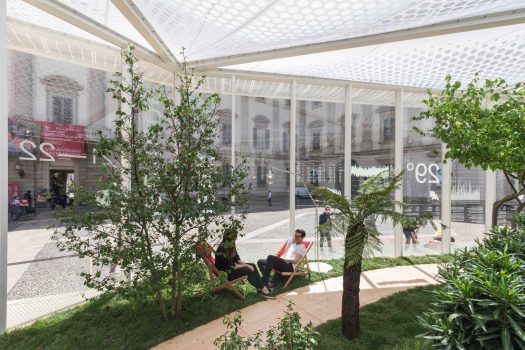 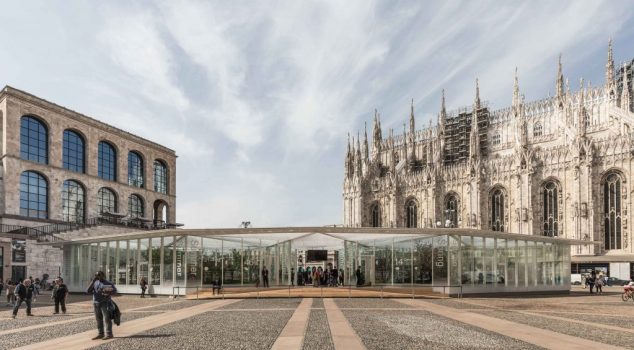 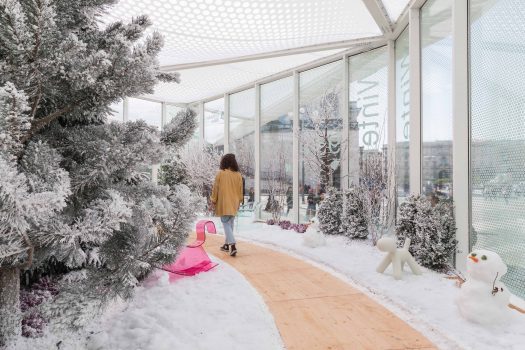 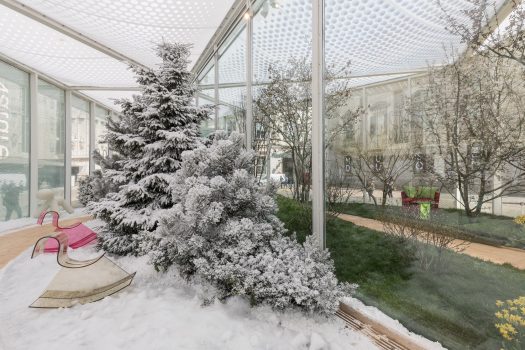 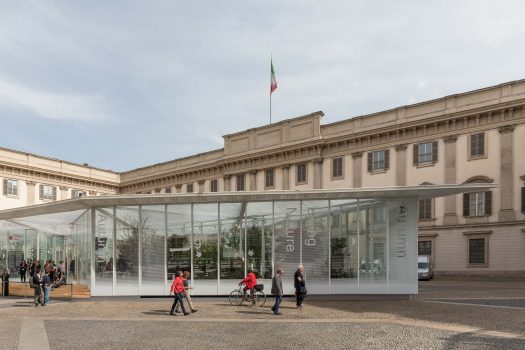 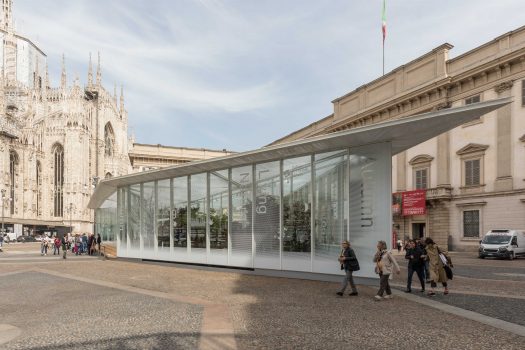 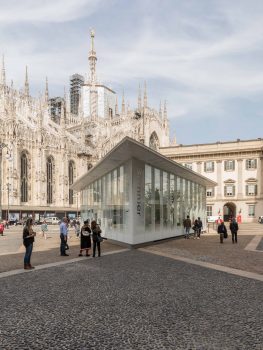 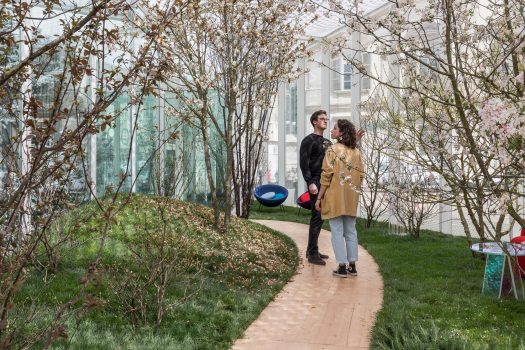 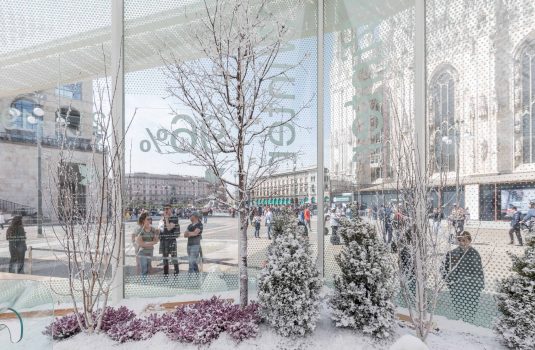 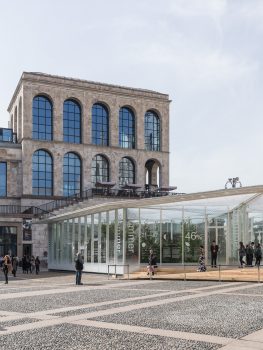 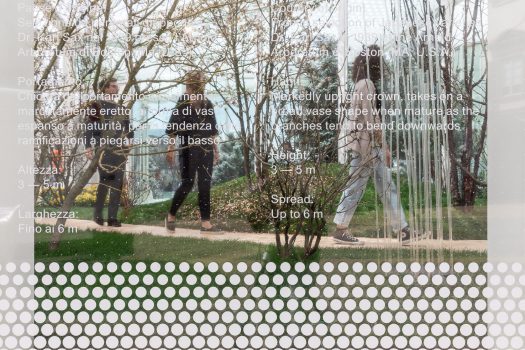 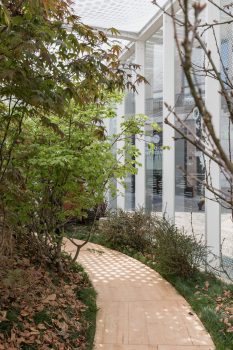 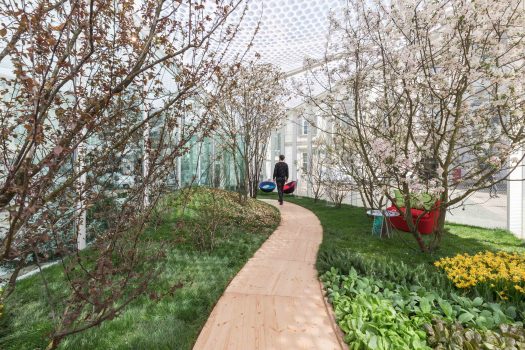 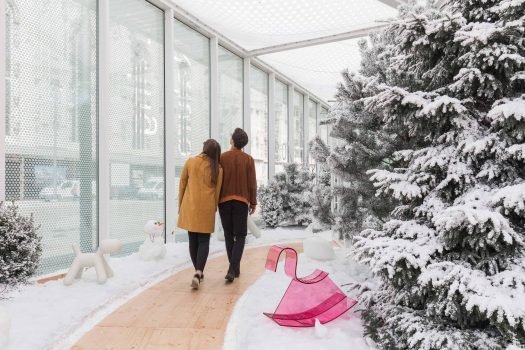 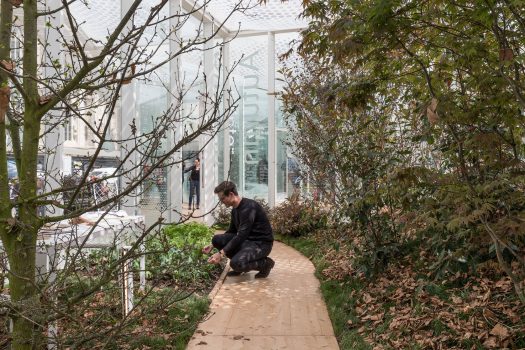 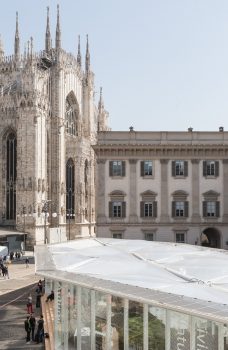 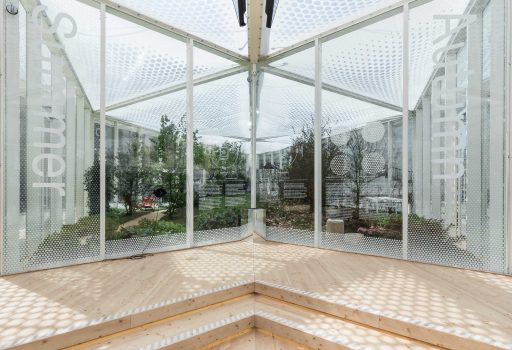 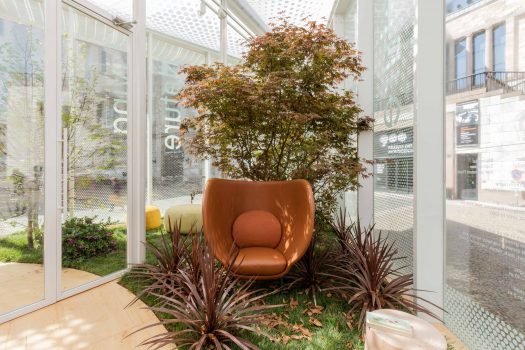 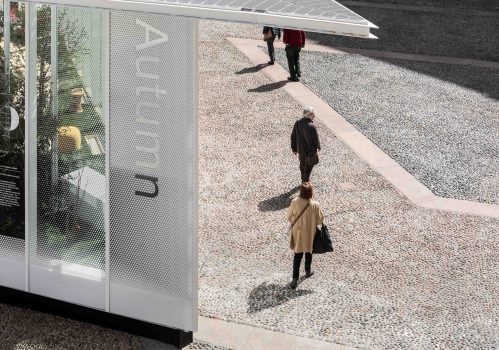 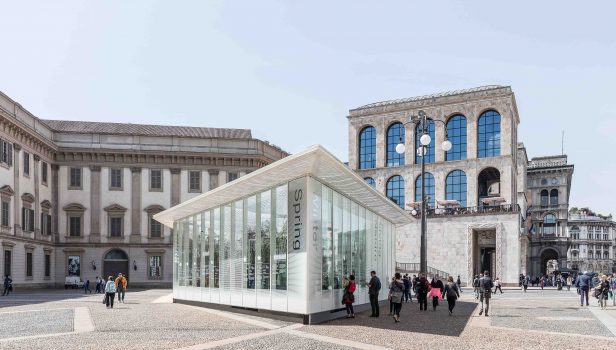 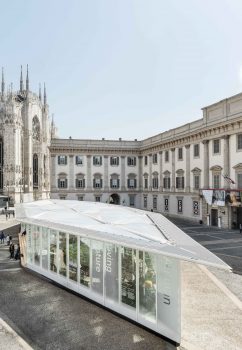 International design and innovation office CRA-Carlo Ratti Associati has unveiled “Living Nature. La Natura dell’Abitare,” a garden pavilion where all four seasons coexist with each other at the same time, thanks to an innovative energy management system for climate control. The project, stemming from a concept by CRA and Studio Römer, has been developed for Salone del Mobile. Milano as the main venue in the city and will host the opening event for Milan Design Week 2018. “Living Nature” will be open to the public in Milan’s main square (Piazza del Duomo) from the 17th to the 29th of April 2018.

The 500 square-meter pavilion will house four natural, climatic microcosms that will enable all seasons of the year to unfold at precisely the same time, one next to the other. Visitors will be immersed in nature and experience its changes through the four different areas – Winter, Spring, Summer and Autumn – enriched with familiar and domestic concepts.

While it shapes a recreational space in the heart of the city – one might play with snowballs in the winter quarters or suntan in the summer one – “Living Nature” also explores the relationship between cities and nature, a recurring topic in Western history, from Ancient Greece to Frank Lloyd Wright or Ezebener Howard’s 20th century urban utopias. At the same time, the project experiments with energy management systems – leveraging on photovoltaic cells, accumulators and heat pumps – in order to allow unprecedented sustainable climate control strategies.

“In the 20th century, cities expanded outwards to conquer nature and the countryside. We believe that today’s challenge is the opposite – how can we bring nature back to the city,” says Carlo Ratti, founding partner at CRA and director of MIT Senseable City Lab: “In recent years, Milan has been at the forefront of such research with landmark projects such as Stefano Boeri’s Bosco Verticale. Living Nature continues such a reflection, bridging the domestic dimension closer to today’s most pressing environmental challenges.”

“Living Nature” bonds nature’s cycles and domestic spaces, through a series of rooms and familiar areas, each of them furnished according to a different theme. The pavilion explores how our modern homes and furniture can meet mankind’s need for “biophilia” – that innate love for nature researched by Harvard biologist Edward O. Wilson.

Another key issue raised by “Living Nature” is sustainability: how to better manage energy flows to control the urban microclimate. The plants in the pavilion, selected by French botanist Patrick Blanc, are housed under a 5-meter-high selective Crystal membrane that dynamically filters the sun based on input from light-reactive sensors. Above the pavilion, photovoltaic panels generate clean energy and contribute to feed the energy flows, providing the required energy to cool space in the winter area, or to heat the summer space. Batteries provide additional storage to smoothen high and low peaks of energy production.

“In light of climate change and the threat it poses to cities worldwide, we need to devise strategies of climate remediation to improve life conditions in our cities, defining a closer alliance between the natural and artificial worlds,” says Antonio Atripaldi, project leader at CRA. “If climate control is often associated with excessive energy consumption, this project offers a radical change of perspective, demonstrating the feasibility of climate control technology that is also sustainable, with vast potential for future applications.”

“Living Nature” represents the next chapter in CRA’s ongoing research on the nature-city relationship – a topic wide explored in the “Green & the Grey” exhibition curated by CRA at Toronto’s EDIT Expo in September 2017. In recent years, CRA has developed several projects putting forward a reconciliation between nature and urban life in the very city of Milan. Among them is the Trussardi Dehors in Milan’s piazza della Scala – enriched by Italy’s first vertical garden, designed by Patrick Blanc, as well as the master plan for the transformation of the former Milan Expo World site into a Park for Science, Knowledge and Innovation, featuring a one-mile long linear park as the neighborhood’s main mobility axis.